As readers of this blog know, I’m off to Munich later in the week to make several presentations at LeanKanban Central Europe 2015.  I understand there is still room at my tutorial on the 18th that will cover the fundamentals of Boyd’s strategy, including roughly 100 pages from Patterns of Conflict and his other briefings.

I have come under withering and totally underserved criticism from my legion of fans, well, from one of them, anyway, for not posting more regularly.  I will take up that task anew upon my return.

In the meantime, here’s something I discovered as I was digging through many a quaint and curious volume of forgotten lore preparing for my keynote on the 17th: 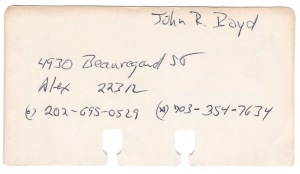