I tend to think of “agility” as adaptability with a time dimension, that is, the ability to adapt more rapidly to new situations than can competitors or opponents.  That may not, however, be the only or even a very good way to think about these concepts. 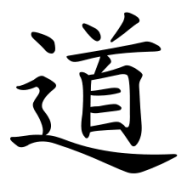 November 13, 2018
Originally published on LinkedIn. Reprinted with his kind permission

Throughout military history, there have been winners and losers. Some of the winners have found disproportionate success due to strategic brilliance; when examining their successes, we find a golden braid that links them all together. This braid is the foundation of an underlying philosophy that dictates how military forces can survive and thrive in hyper-competitive, chaotic, uncertain situations. END_OF_DOCUMENT_TOKEN_TO_BE_REPLACED

Fit for Purpose: How modern businesses find, satisfy, and keep customers
David J Anderson and Alexei Zheglov
To be released by Amazon on November 29, 2017

When I first read the title “Fit for Purpose,” it seemed a little passive. Something like “meets specs,” which is necessary but suggests that somebody else is driving the market. I don’t know Alexei personally, but David is the founder and chairman of Lean Kanban, Inc., which provides training and consulting in “Lean Kanban” and related management tools based on a philosophy similar to Boyd’s. I’ve spoken at several of their events and keynoted Lean Kanban Central Europe 2015. (The charts and a related paper are available from the Articles page, link above).

But when I got deeper into Anderson & Zheglov’s book, it became clear that although their methods would certainly help developers meet specs, “purpose” could be something much more active and powerful.

Developers, whether of software, cars, or airplanes, occasionally forget that the real purpose of their efforts is to produce something that will delight their customers so much that they come back for more, and tell their friends, family, and colleagues. So David and Alexei subtitled their book not “Better ways to develop widgets,” or some such, but “How modern businesses find, satisfy, and keep customers.” As they insist, the only “purpose” that counts is the customer’s:

Before you can evaluate whether your products or services are fit-for-purpose, you need to be able to identify your customer’s purpose.

END_OF_DOCUMENT_TOKEN_TO_BE_REPLACED

While leading his company in Afghanistan, Marine Major Paul Tremblay was ordered to clear a much larger Taliban force that was defending an area of rugged terrain. Ordinarily, such terrain would favor the defense, not to mention the numbers problem.  Major Tremblay, however, fashioned a plan of attack based on the notion of “operating inside the OODA loop,” where relative numbers are much less relevant.

Chuck Spinney picks up the story:

Major Tremblay did not know Colonel Boyd but has been aware of his briefings since he was a 2nd Lieutenant at the Marine Corps Basic School. He is the only officer I know who has studied and applied Colonel Boyd’s ideas in a premeditated way in designing and leading a combat operation. His reinforced company level attack on the Taliban was a stunning success and based on radio intercepts, it became clear he penetrated his adversary’s OODA loops and collapsed the opposing units into confusion and disorder, exactly as Boyd predicted.  His thesis does not discuss this operation.

P.J. Tremblay’s thesis aims to clarify what is perhaps the single most misunderstood aspect of Boyd’s theory of interacting OODA loops: the confusion of absolute speed with relative quickness, particularly as it applies to agility in Orientation and Re-Orientation. Tremblay’s aim is to improve the Marine Corps training curriculum by clarifying Boyd’s ideas and laying out a way to better incorporate them in progressively more comprehensive ways at each level in the Marine Corps’ educational system, from the lowest to the highest level.

PJ’s thesis is a case study in the kind of intellectual development and stimulation that John Boyd was trying to achieve by leaving the Marine Corps Research Center with the complete archive of his briefings and note. Boyd, an honorary Marine, would say, “Semper Fi, PJ.”

Chuck has posted the complete introduction to Maj. Tremblay’s thesis on his blog.

We often think of Soviet doctrine as tanks lined up tread to tread, rolling forward until either they conquer or fall. Mass makes might. While there is a lot of truth to the Soviet, and so presumably Russian, respect for mass, it may surprise you to learn that the Soviets had, and so presumably the Russians have, a well thought-out doctrine of deception called maskirovka. The BBC ran a nice piece on the subject a few days back, “How Russia outfoxes its enemies,” by Lucy Ash.

Boyd had great respect for deception, “an impression of events as they are not,” as he wrote on Patterns chart 115, “Essence of Maneuver Conflict.” A person who is being deceived is not confused. He knows what the situation is. His orientation is coherent; his mental model of the world fits all the facts. It’s just wrong. Boyd’s primary vehicle for using deception was the cheng / chi maneuver, which he borrowed from Sun Tzu and reformulated in more modern terms as the Nebenpunkte / Schwerpunkt concept (see charts 78, 114, and many others). Basically, the deceiver shapes the orientation of the victim to expect (cheng) certain actions to take place. Think all of the stuff the allies did to shape Hitler into expecting the D-Day attack across the Pas de Calais. The deceiver then springs something entirely unexpected, the chi, and tries to exploit the resulting shock and confusion. END_OF_DOCUMENT_TOKEN_TO_BE_REPLACED

A loser is someone is someone — individual or group — who cannot build snowmobiles when facing uncertainty and unpredictable change;

A winner is someone — individual or group — who can build snowmobiles, and employ them in an appropriate fashion, when facing uncertainty and unpredictable change.

Does it seem banal?  Insipid?  Perhaps, but as in so much else, the key lies in knowing how to do it. With that in mind, look at this story by Ben Cohen in today’s Wall St. J., “Urban Meyer: The Once and Future King of College Football.” (paywall)  If you have the print edition, it’s on page B7.

How he rose—and then rose again—has a lot to do with Meyer’s ability as college football’s ultimate imitator. The one thing he does better than any coach is incorporate other ideas into his own. “If there’s something he can get from anyone else to help his teams win, he’s going to do that,” former Texas coach Mack Brown said. …

One of the characteristics of Boyd’s approach is that you don’t have to be perfect for it to work. Just be better than everybody else.

It may seem that this approach emphasizes the observation and orientation aspects of the OODA “loop” more than the decide and act. But in keeping with the notion of the OODA loop as an organic whole, consider that the ideas that Urban Meyer is picking up are just that, ideas. Hypotheses, in other words.  Potential parts for his snowmobile. Until he’s tested them on the field and his team can execute them fluidly and intuitively — in other words, subjected them to the learning loop, the “hypothesis” and “test” aspects — he really doesn’t have anything. So it is a complete “loop,” and Meyer appears to be executing it pretty well.

[For all you Buckeye fans out there, this should balance out the post about Oregon that I ran back on Saturday.]

In 2004, [then-Oregon coach Mike] Bellotti got impatient. The pro-style offense he had inherited from Brooks had stalled. New defensive schemes, such as the zone blitz, where defenses could pressure the passer without becoming vulnerable to a run, had stymied Oregon’s rushing attack. The previous season the team had scored just 356 points, nearly 200 fewer than Pac-12 champion USC, finishing a middling 8-5.

Bellotti studied tapes of lesser football schools, such as Northwestern, Bowling Green and Utah, which played fast, spread its offensive weapons across the field and put the quarterback in motion on nearly every play. After caving to resistance from coaches and enduring a 5-6 season, he pressed ahead, starting to recruit players built to run the fastest, most kinetic offense college football had ever seen. The Ducks went 10-2 in 2005 and Bellotti became a hero across the state.

This is what Boyd called Behendigkeit, or “mental agility,” which is the ability to break out of one pattern of ideas and actions and adopt a new pattern.

Once you’re in a new pattern, then you can be agile within it:

Joel Klatt, the former quarterback at Colorado who now does analysis for Fox Sports, noted that Helfrich recently explained the Oregon philosophy of football in Zen language. “He said our goal is to constantly remain the same and in remaining the same to constantly evolve,” Klatt said.

Shunryu Suzuki, author of one of my favorite books, Zen Mind, Beginner’s Mind, put it this way when describing meditation:

Don’t move! But when I say don’t move, it doesn’t mean you can’t move.